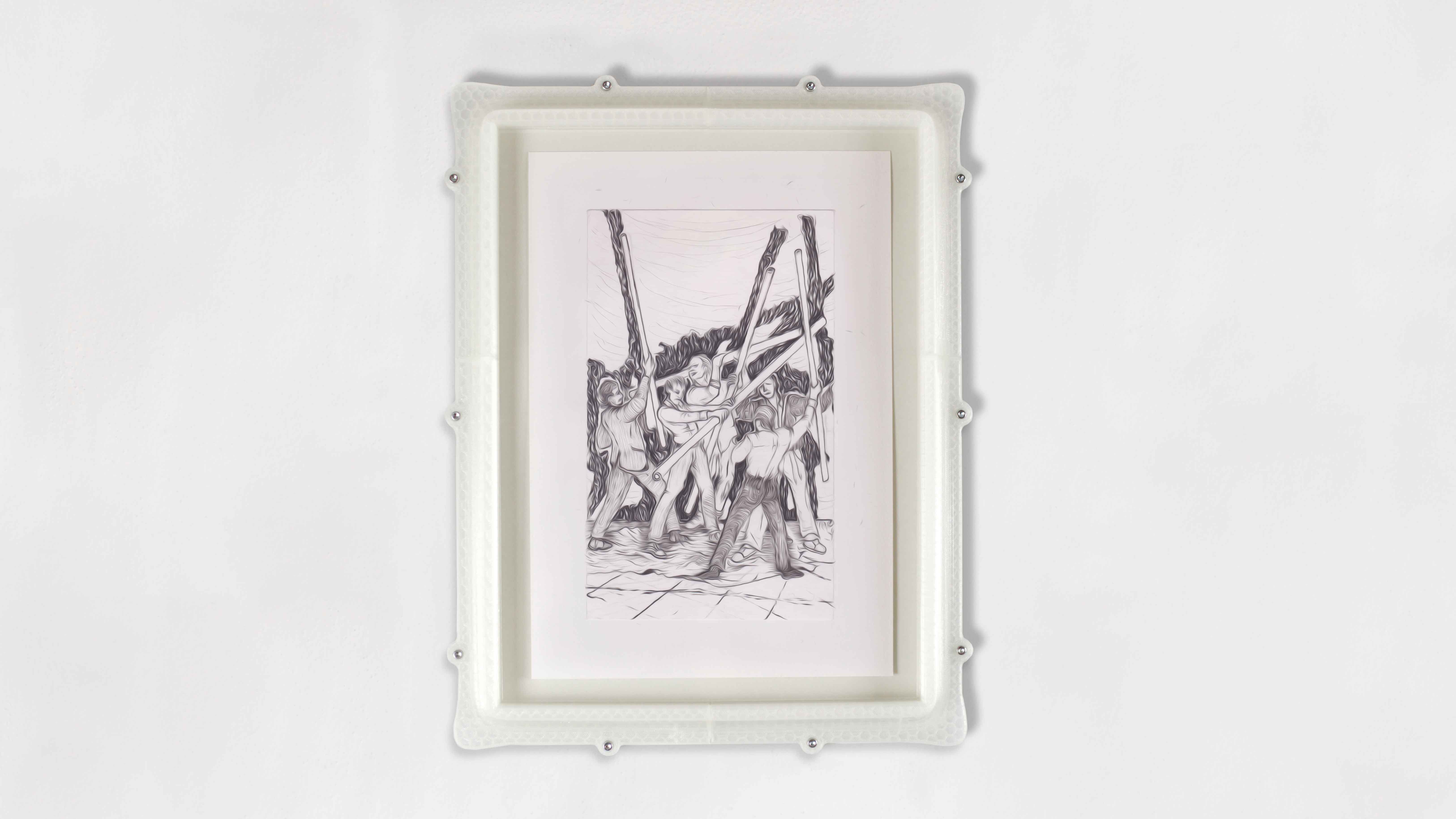 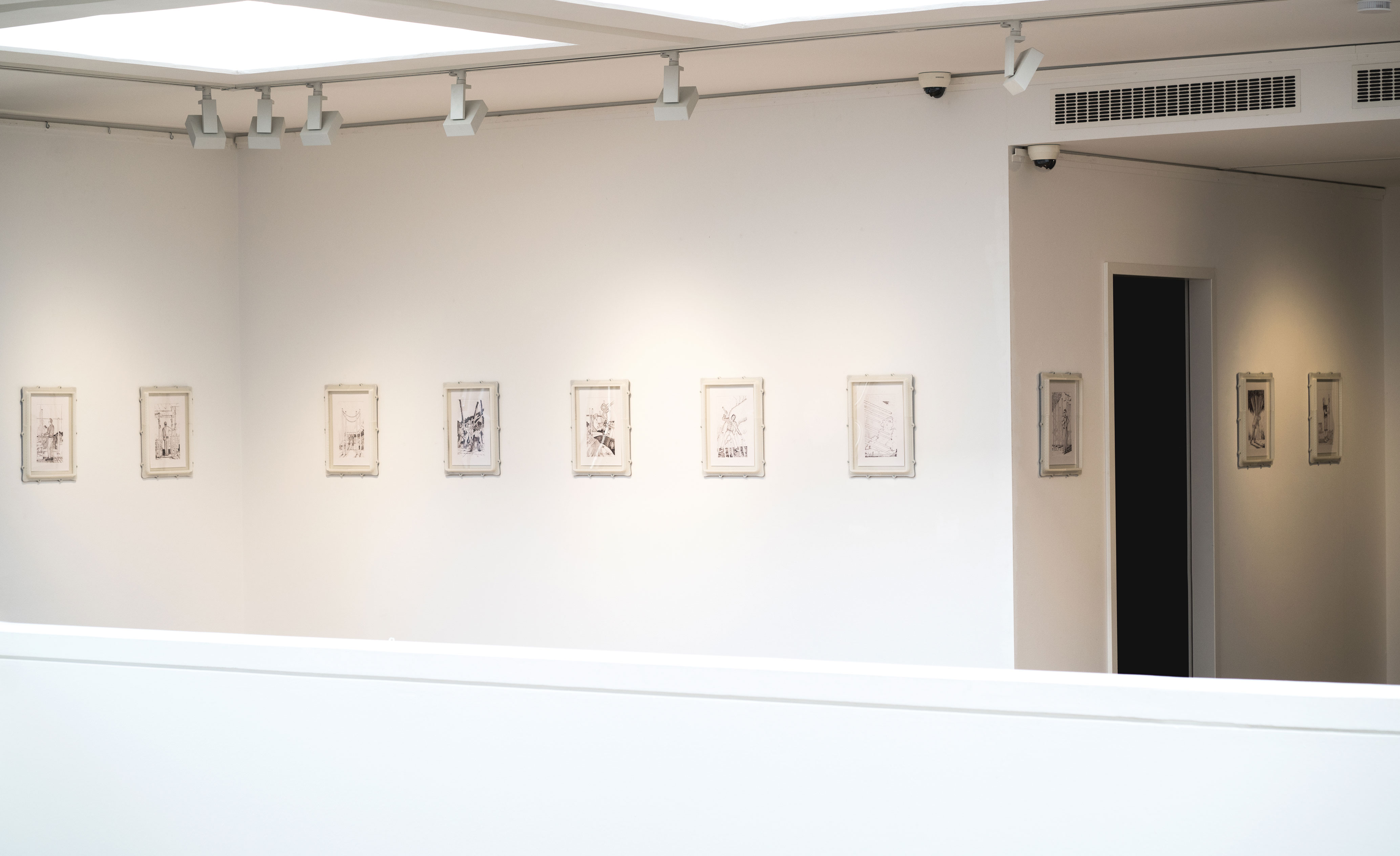 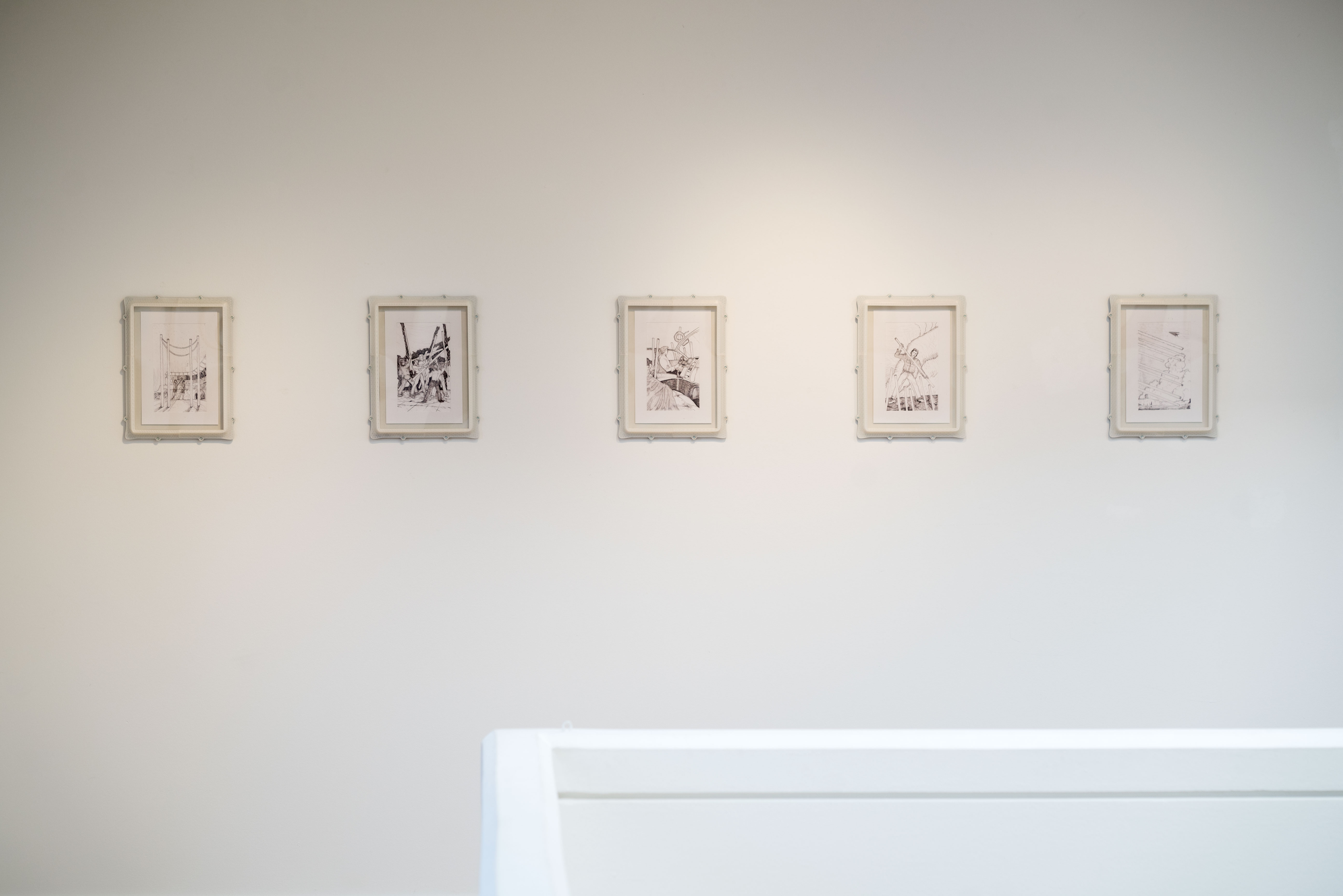 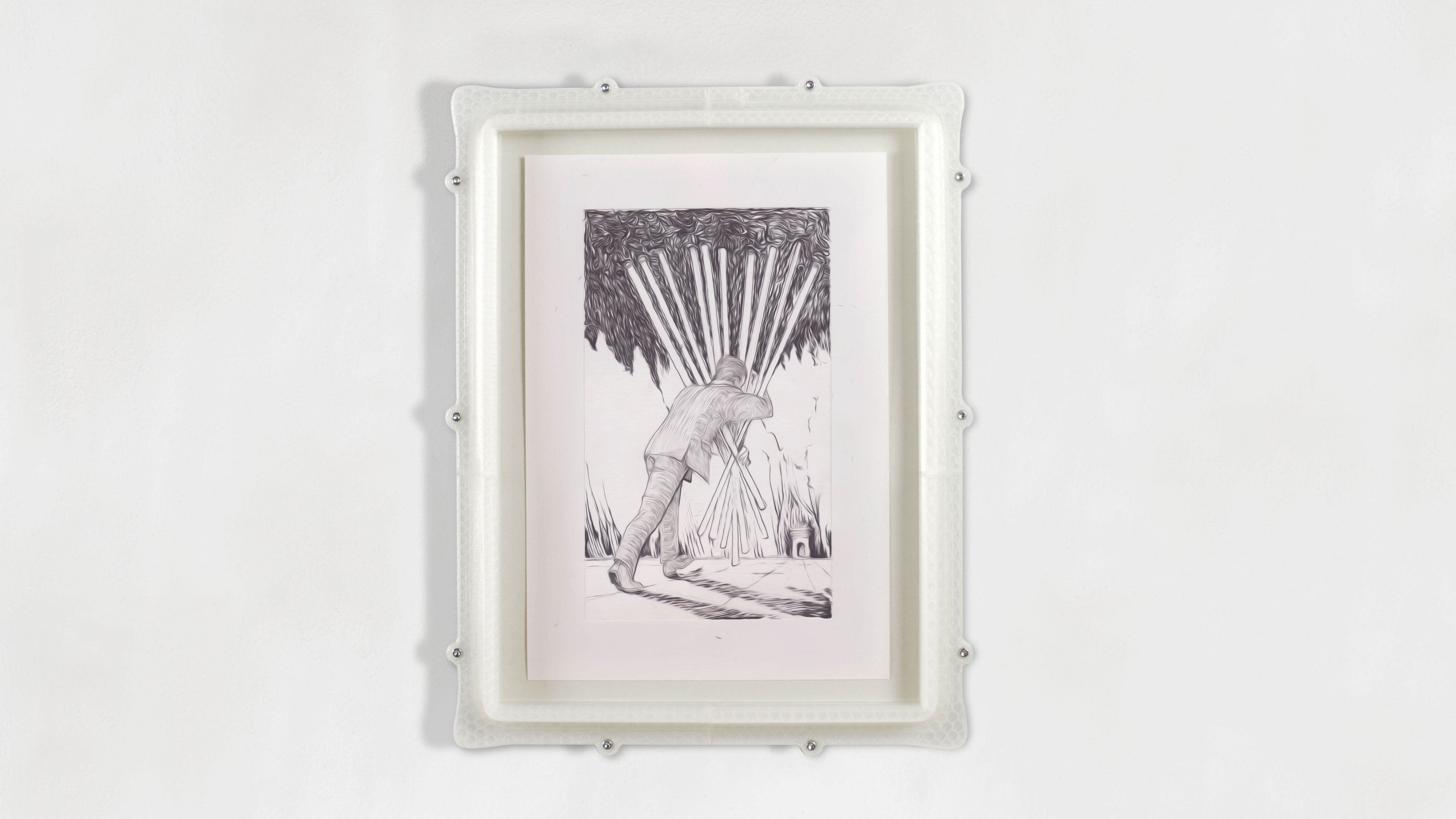 Wands is a series of real drawings that are digitally altered. They show reinterpretations of motifs from the Waite-Smith Tarot, which was illustrated by Anglo-American artist Pamela Colman Smith around 1910. The digital alteration of the images through a filter effect casts the images into a formal intermediate realm. The filter used is extremely sensitive and amplifies the character strokes and even the smallest unevenness in the paper.
‍
Wands is an update of ancient motifs that should show that they have never lost their relevance. The traditional tarot, which was popular among soldiers as a card game, gradually gained the reputation of having the magical property that through the course of a game one could also make predictions on the course of an upcoming battle. Thus, the tarot first became a tool of divination, situation analysis and later, as well as today, a tool for self-analysis in the psychological sense.
‍
While until the 18th century one had to know a lot about numerical mysticism in order to interpret the tarot, later with the addition of the picture cards, they became lifelike and scenic. This change made the tarot cards receptive to psychology, for tarot cards are primarily iconographically charged images. A burning tower with people falling down, perhaps creates an association, due to an external circumstance in the modern world. Or it may speak to an inner emotional state. Artist Pamela Colman Smith's motifs lend themselves perfectly to this kind of personal validation and identification. Her clear compositions are powerful illustrations for the metaphorically working mind.
‍
The many reinterpretations of the White-Smith Tarot in modern times, bear the signature of the illustrators. Re-interpretations of tarot cards can be seen as a form of meditation - a form of introspection.
The so-called "small arcana", which correspond to the number cards of a trump, are divided into four categories in the tarot. Pantacles, Wands, Cups and Swords. The motifs of the Wands cards represent situations of disagreement, conflict and protection, fear and defense, but also of success, overcoming and enthusiasm. The wands on which we lean, which give us security, suddenly become weapons or hurdles.