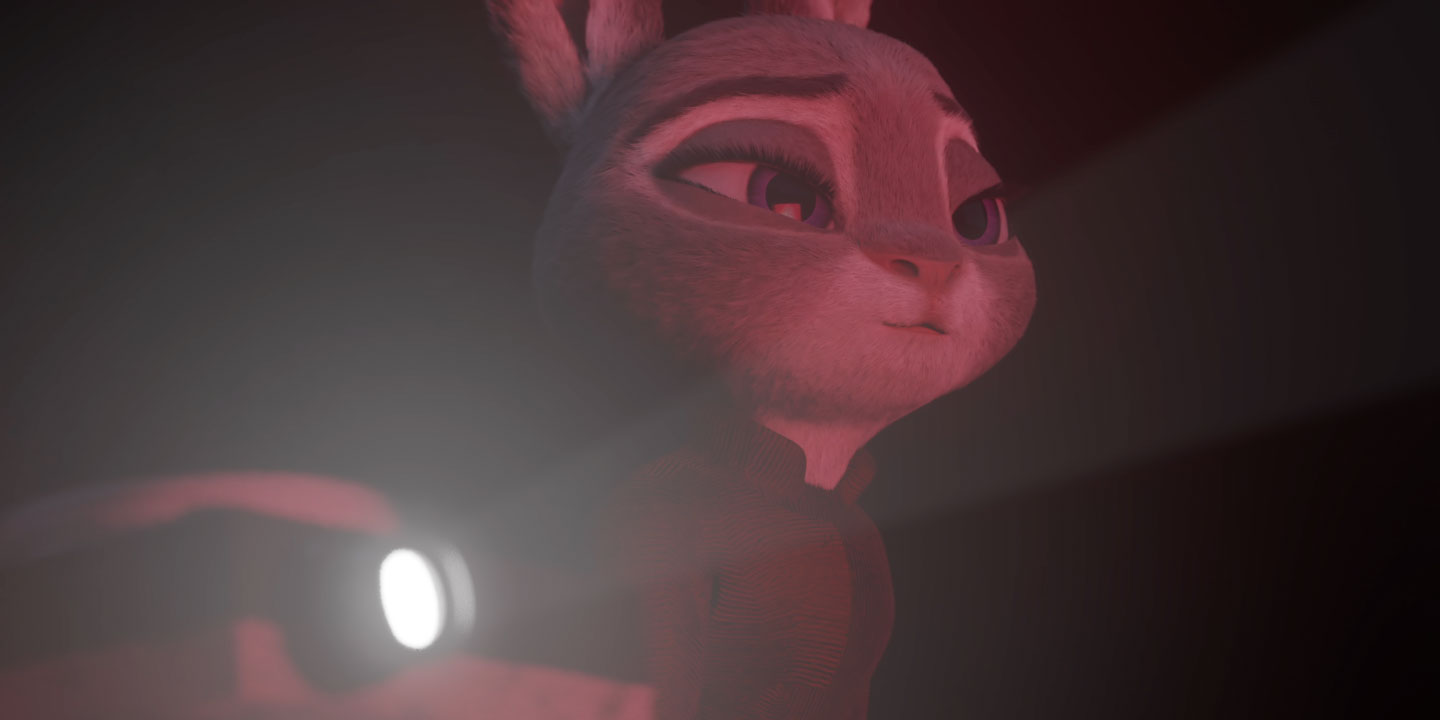 * Nichts, 2019, filmstill
"Nichts“ is an animated short film about the nothing. The story is told in the form of a philosophical report. Through the eyes of the anthropomorphic female hare Judy, whose character is known from the Oscar-winning animated film "Zootopia" (2016), the viewer follows the path of scientists and thinkers who have dealt with the question of what the Nothing really is and how it can be tracked down. With the help of a message, on a carrot-shaped dictaphone, the narrator finally comes to his own surprising answer. Jana Baumann (curator of Haus der Kunst Munich) praised the film and called it a "radical counter-concept to our western, capitalistically influenced consumer society, which tends to compensate emptiness.“