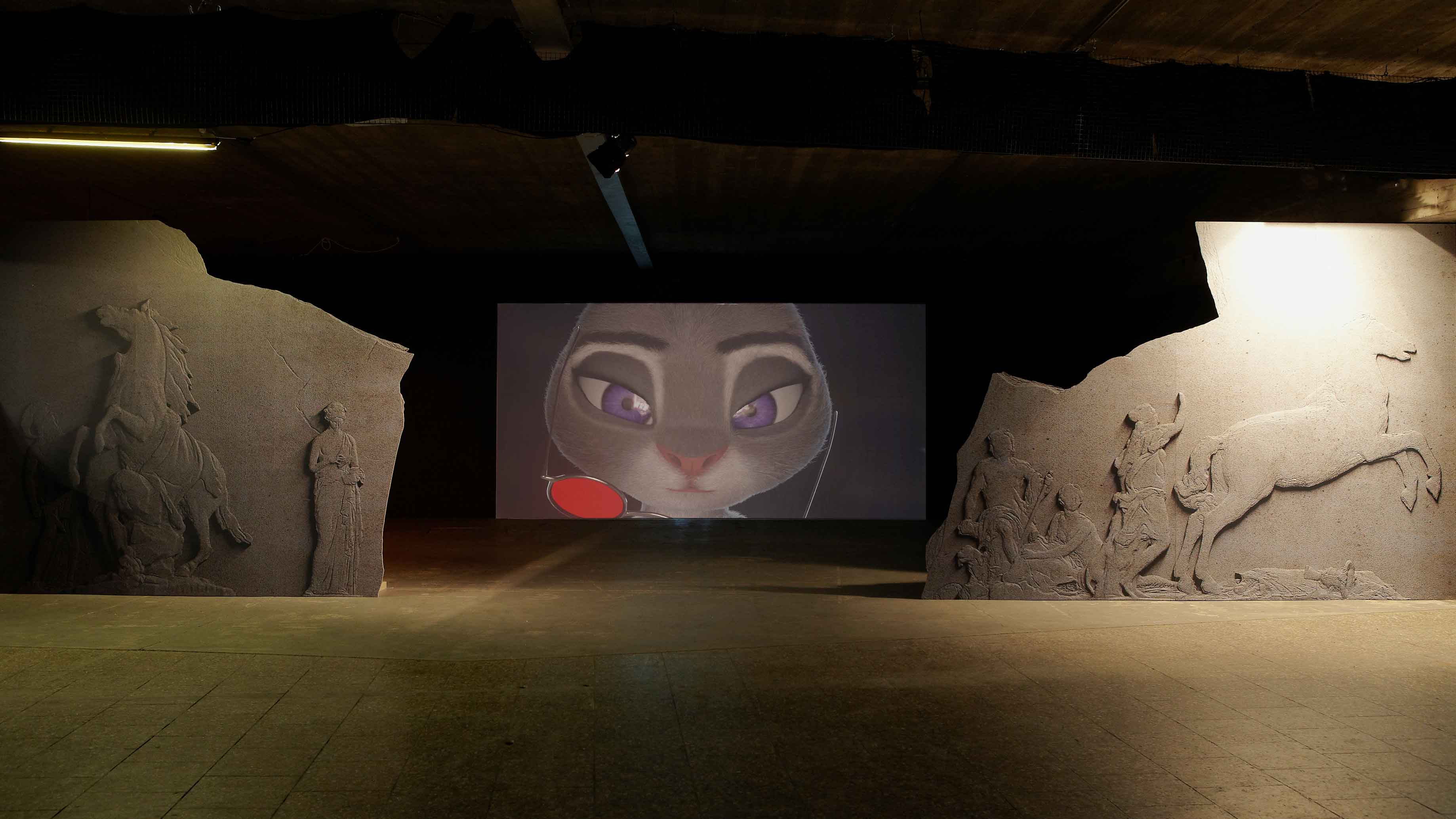 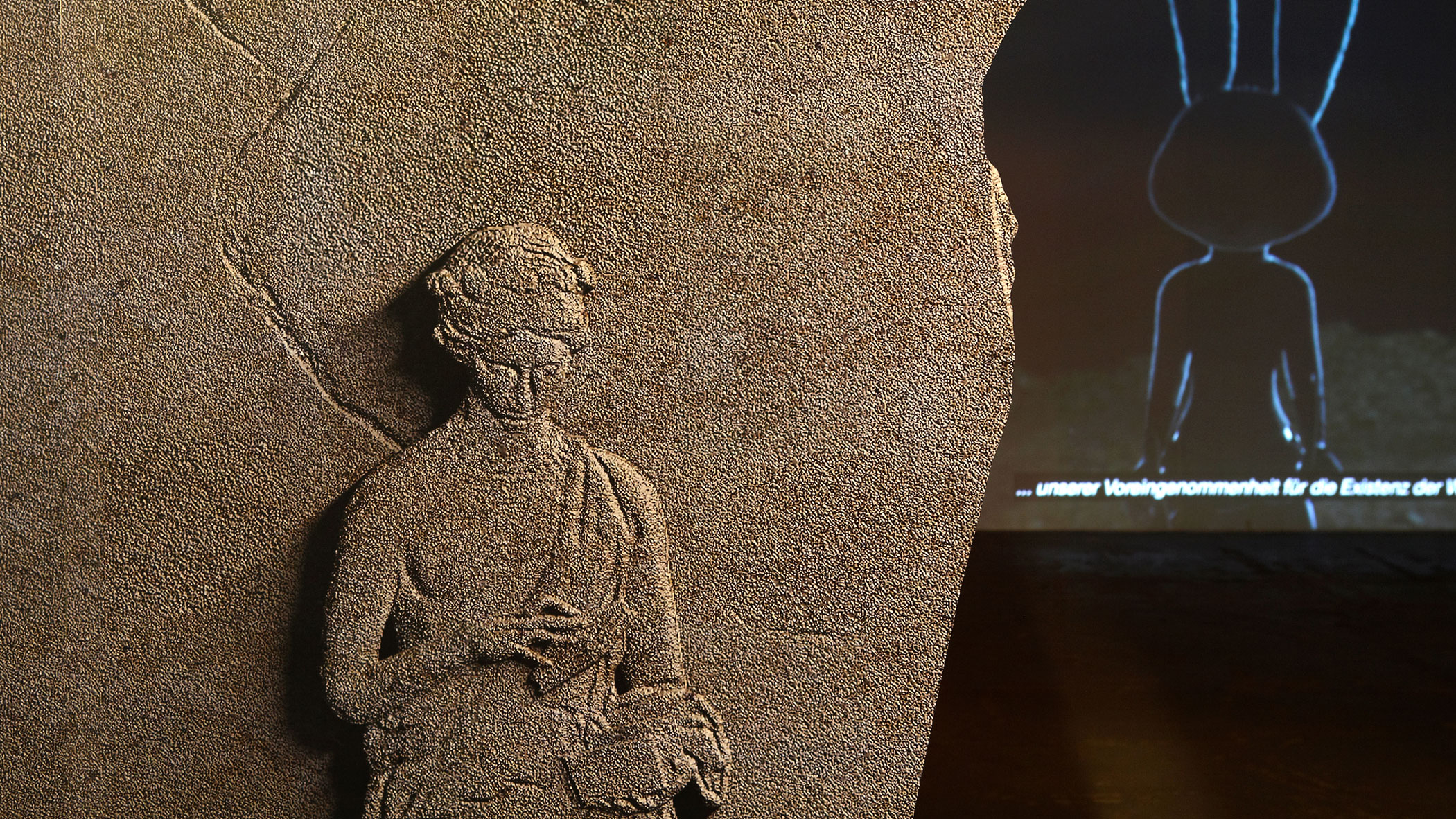 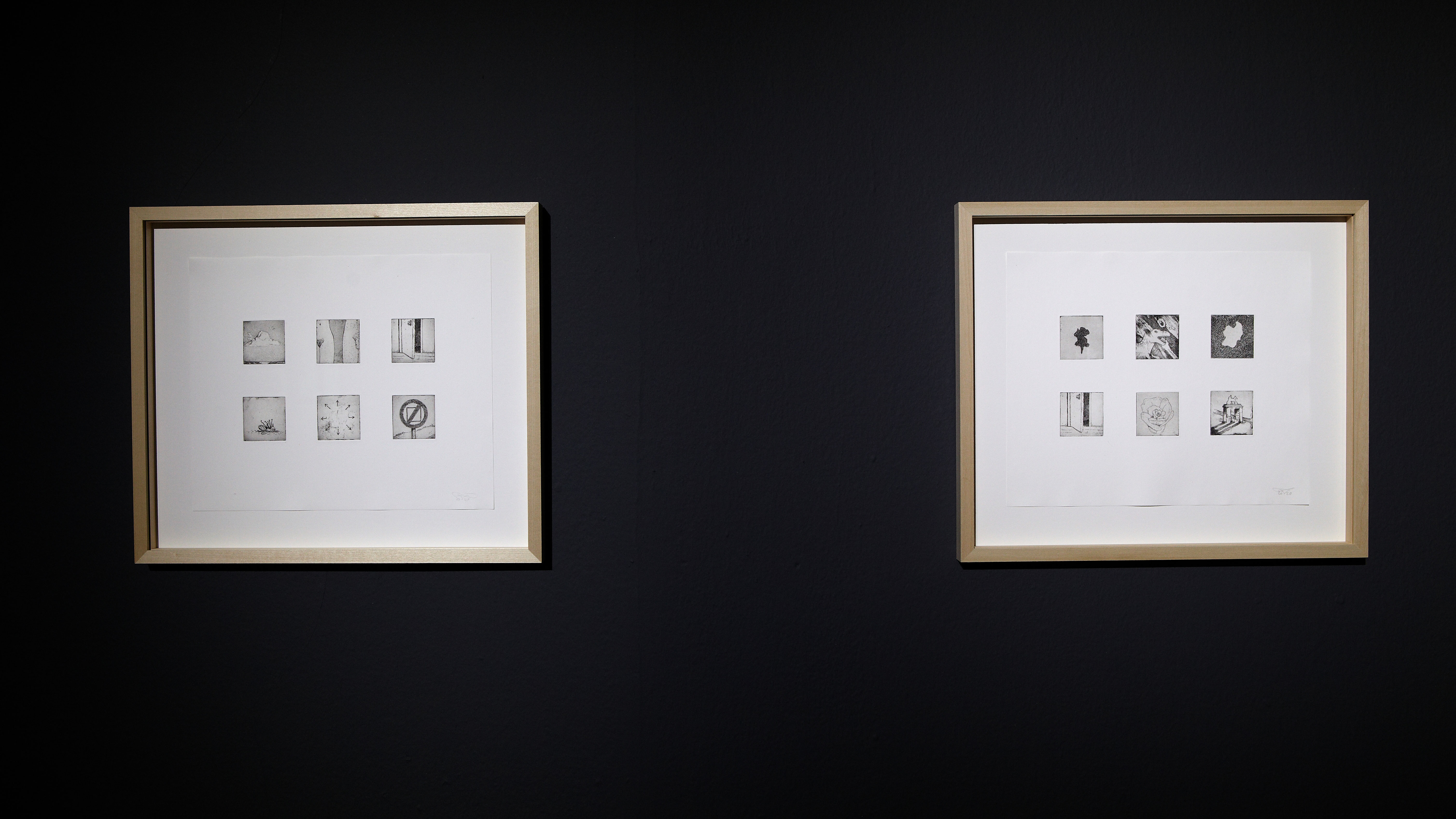 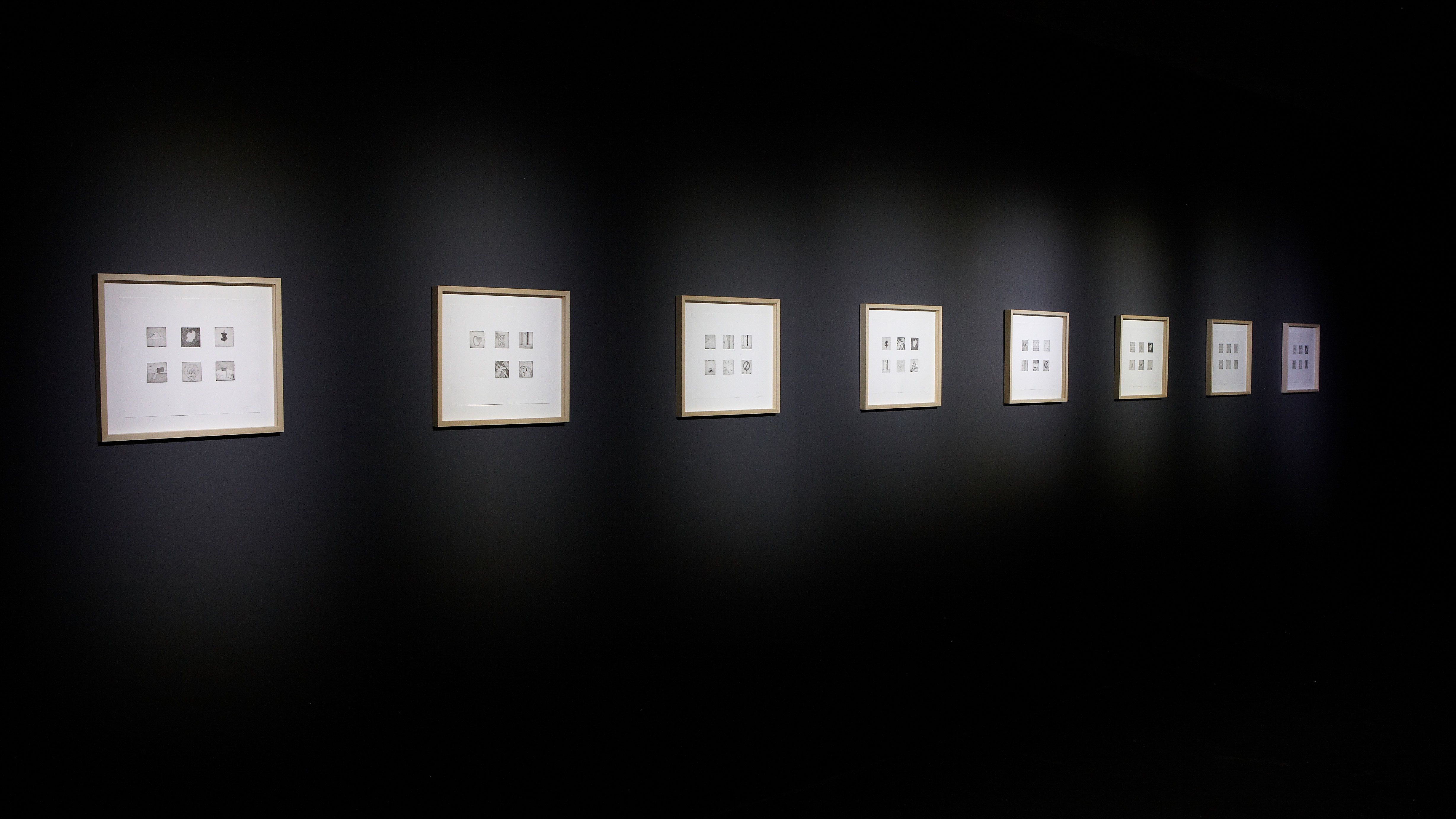 This is the title of the solo exhibition, which deals exclusively with the theme of "Nothing", which was also the subject of Paul Valentin's diploma thesis. LAMBSHIFT at MaximiliansForum confronts concepts of nothing in their Eastern and Western variety. The animated short film "Nichts" (Nothing) (2019), which won the Karl & Fabers Prize, is at the centre of the exhibition. The film is characterised by scientific and philosophical theses about the "nothing", which are combined in fragmentary scenes to form a reportage-like narrative, allowing different sources to speakon behalf of  the subject of "nothing". The Bunny „Judy“ - whose character is borrowed from the Oscar-winning animated film "Zootopia" (2016) - also reappears in the two video loops on the opposite side of the exhibition space. There she‘s caligraphically writing the japanese symbol "Mu", which stands for the „emptiness in the mind“, and which she erases again with a rake.
‍
Also included in the show is the series "Nothing Explained". The etchings show a pictograms like a memory that are illustrating idioms in which the term "nothing" has an important function. 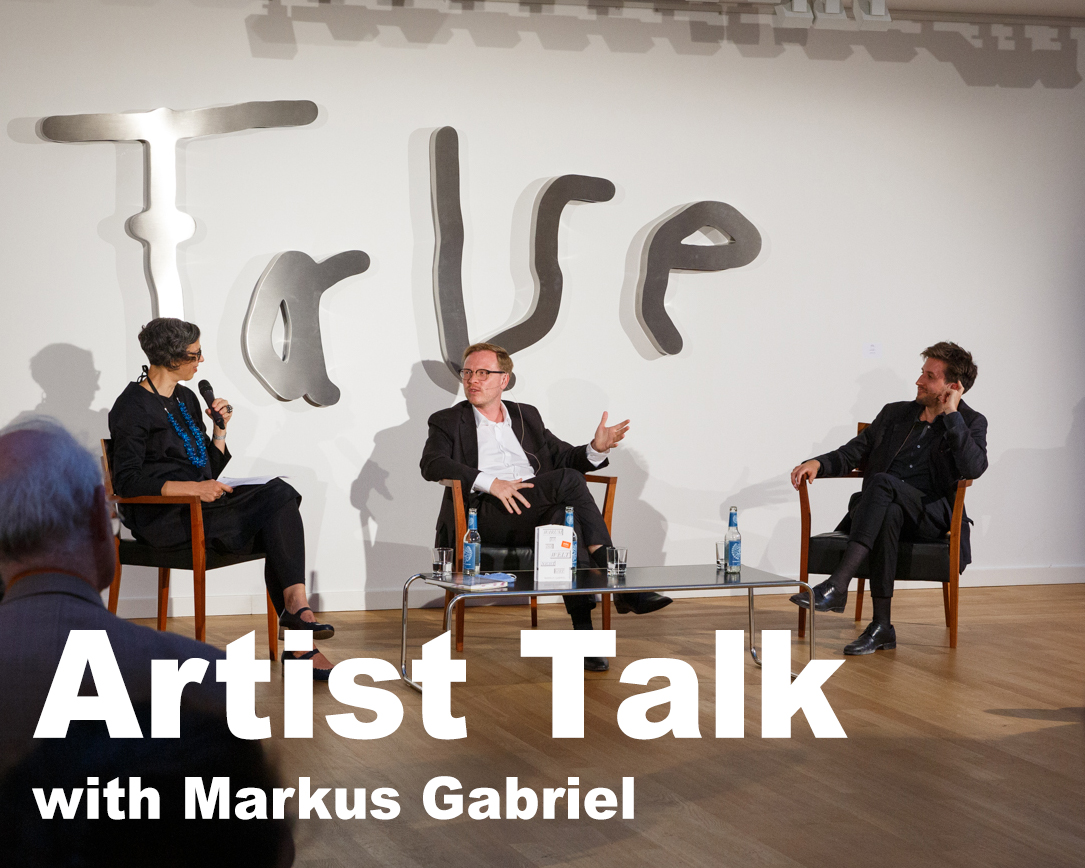