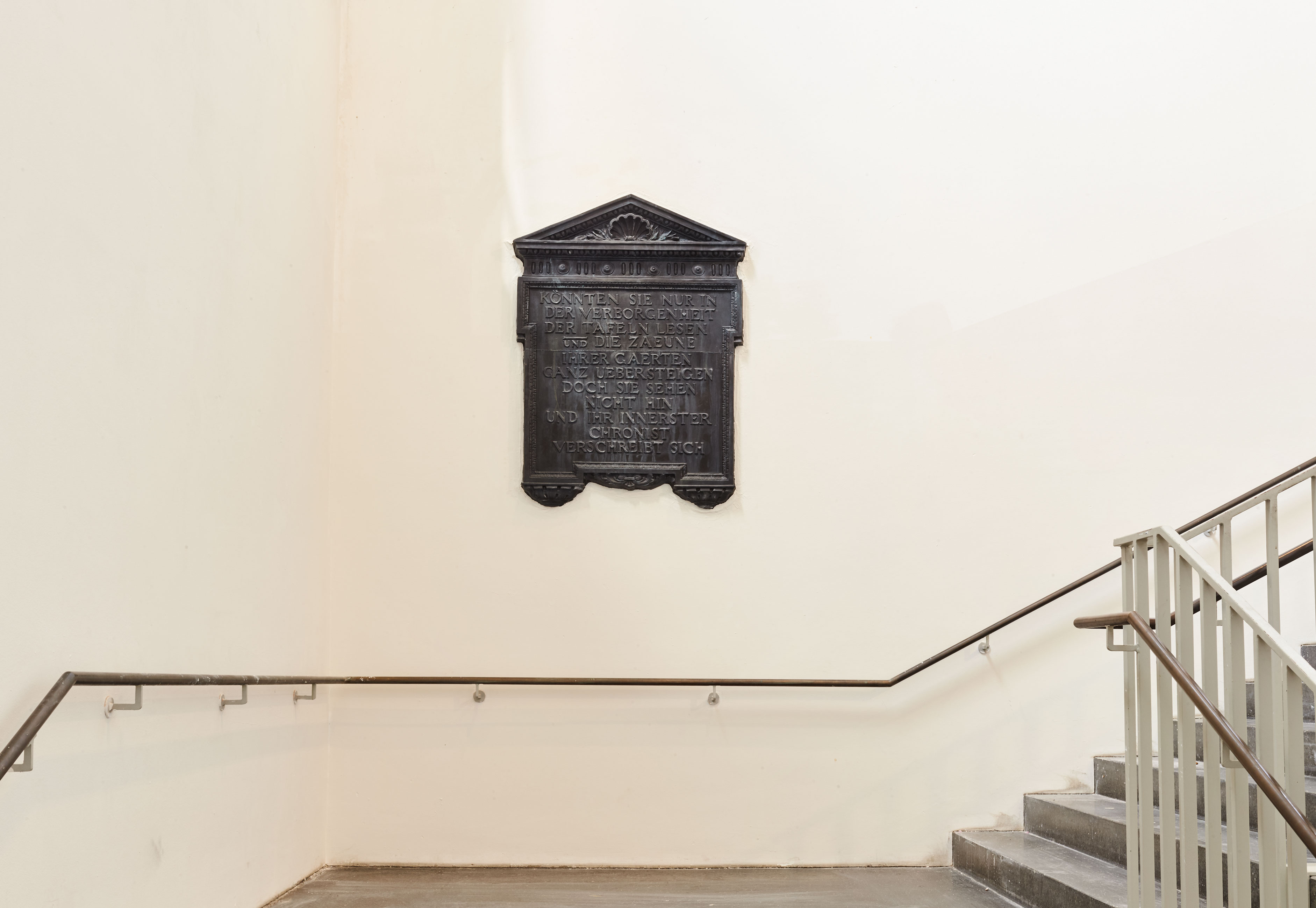 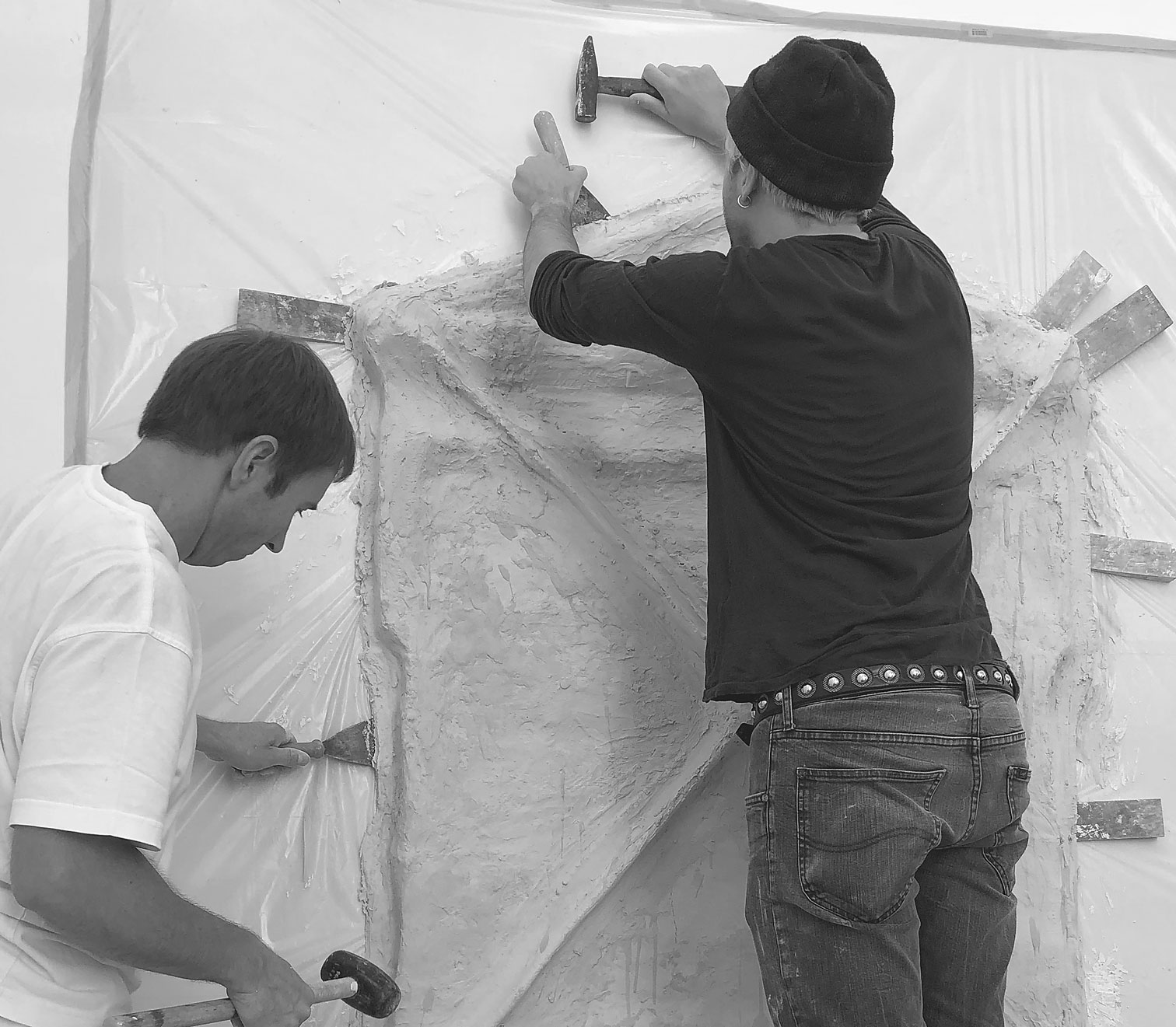 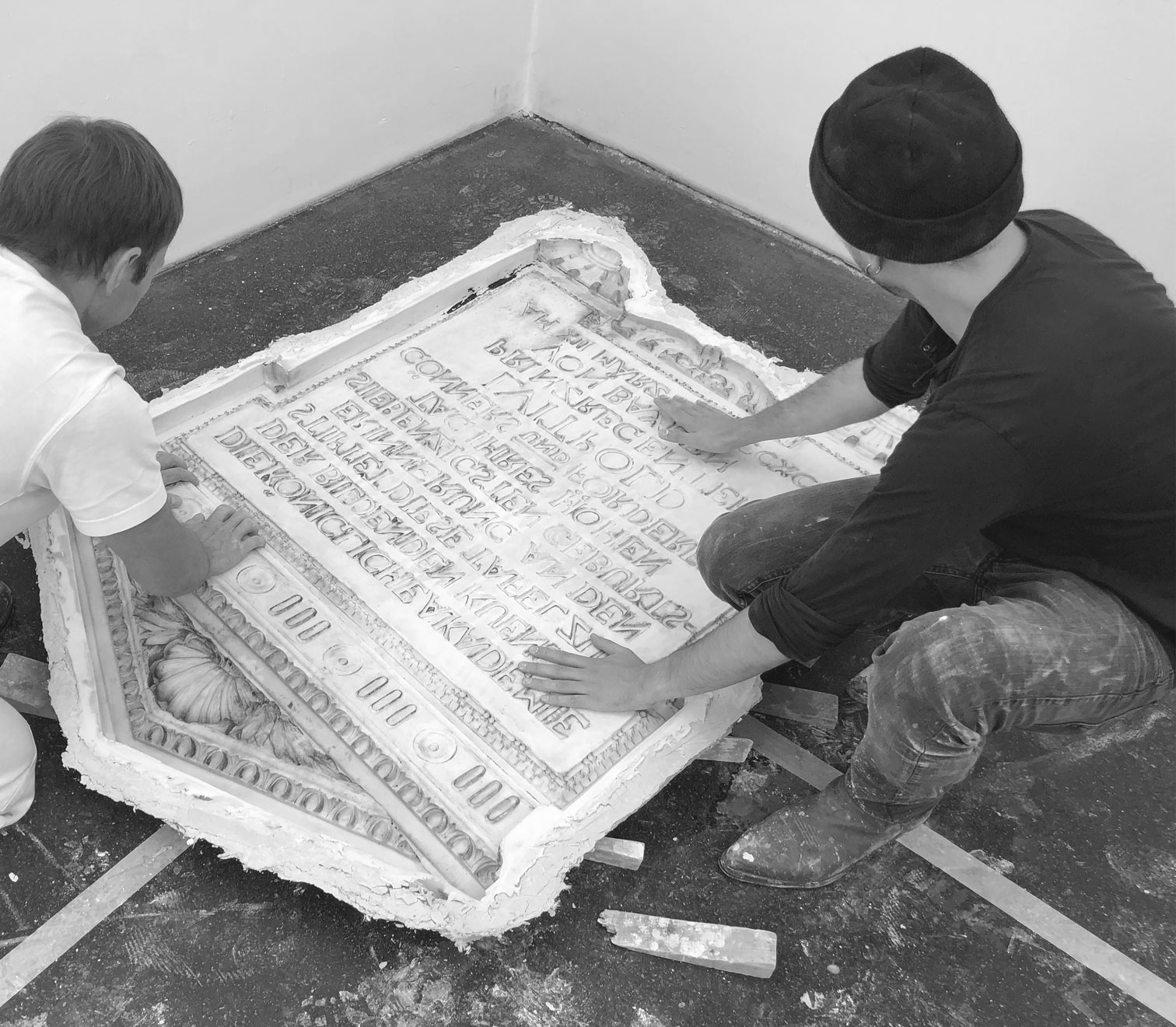 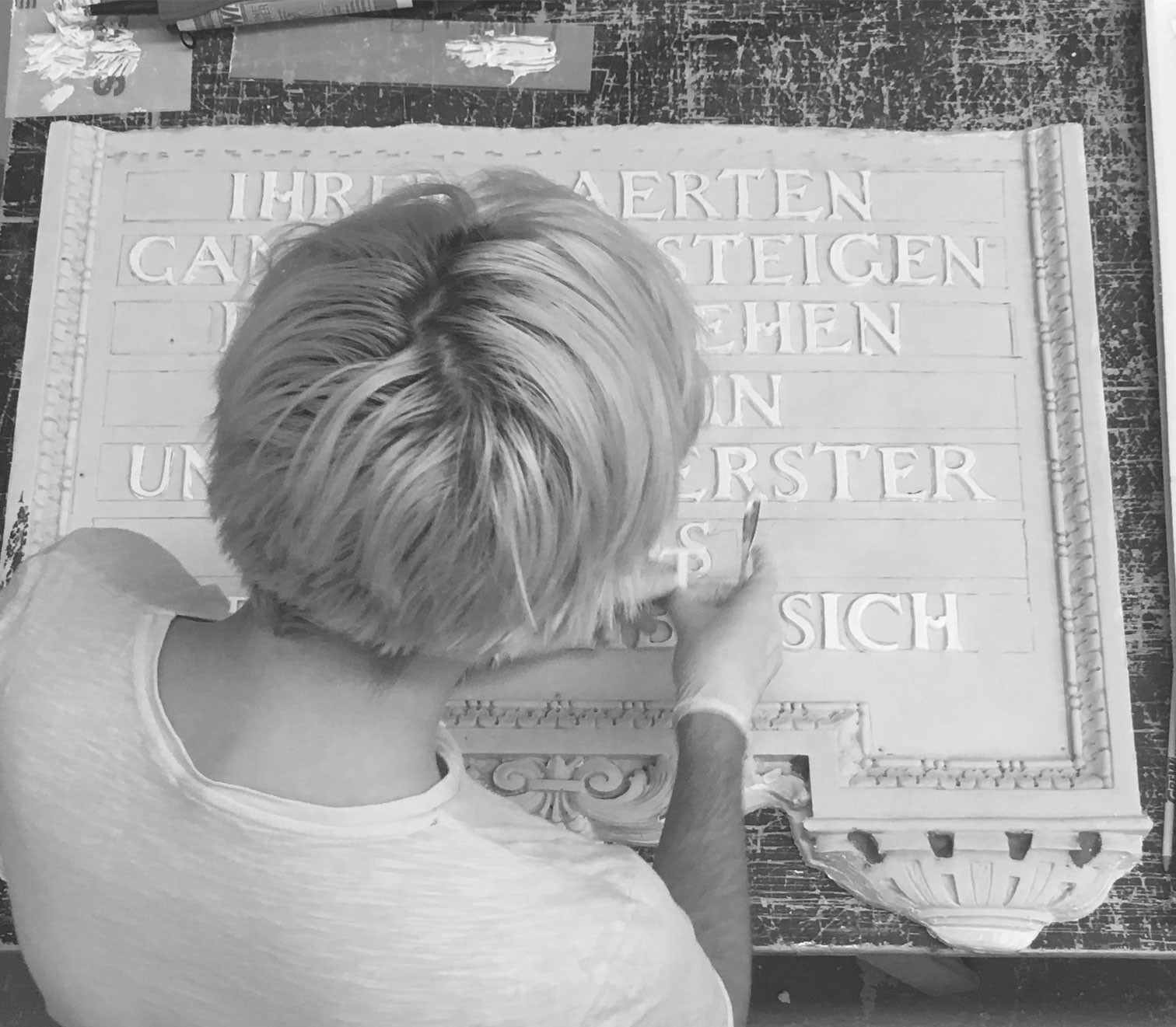 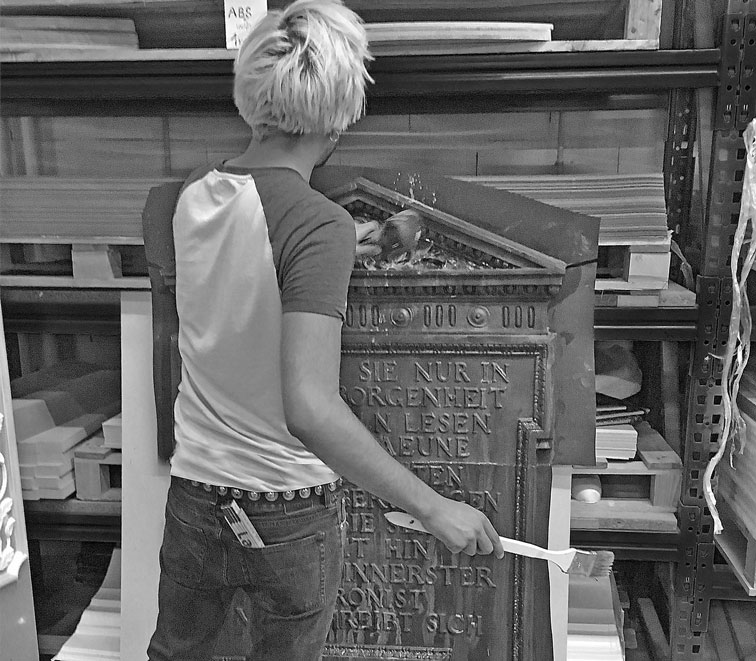 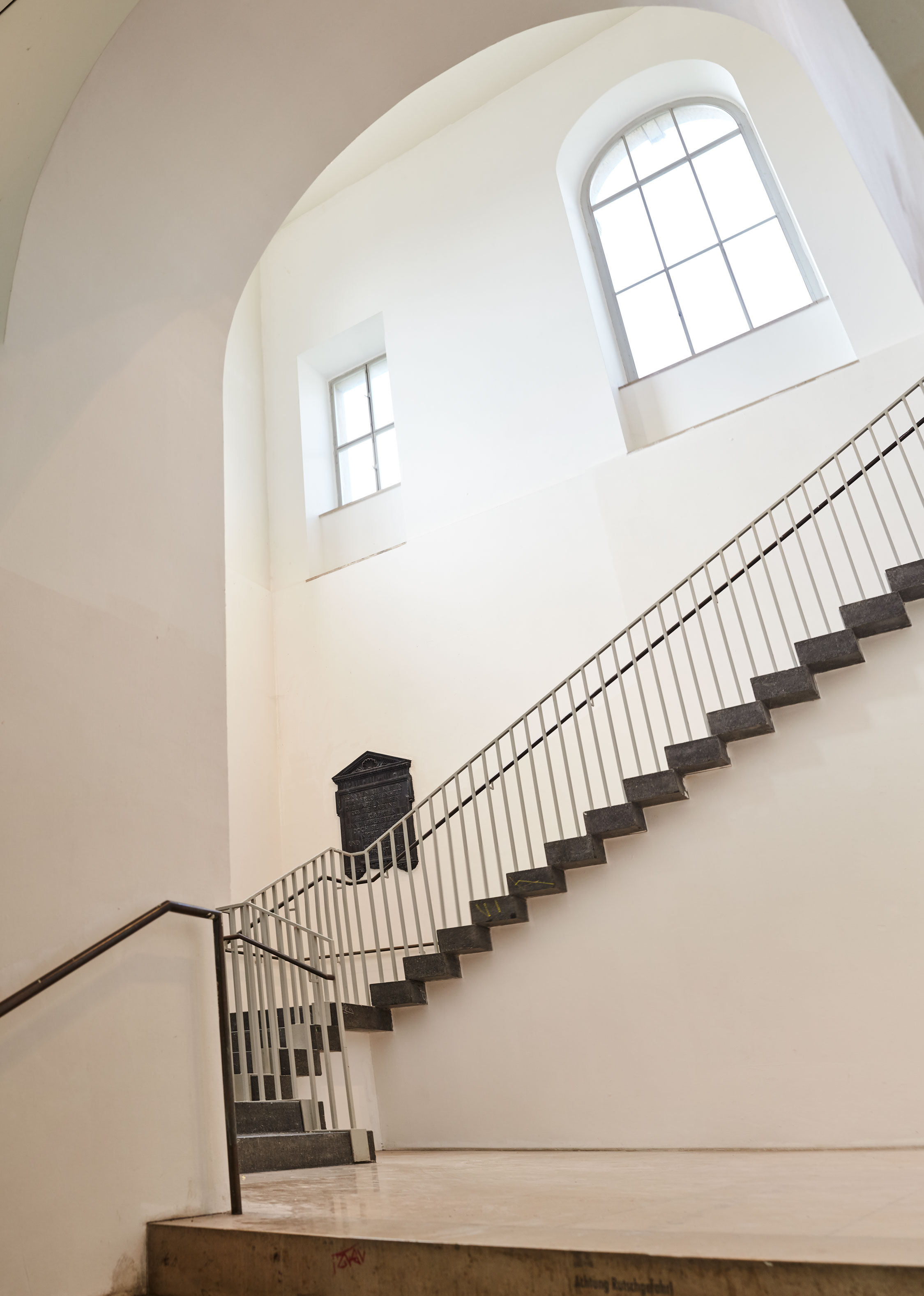 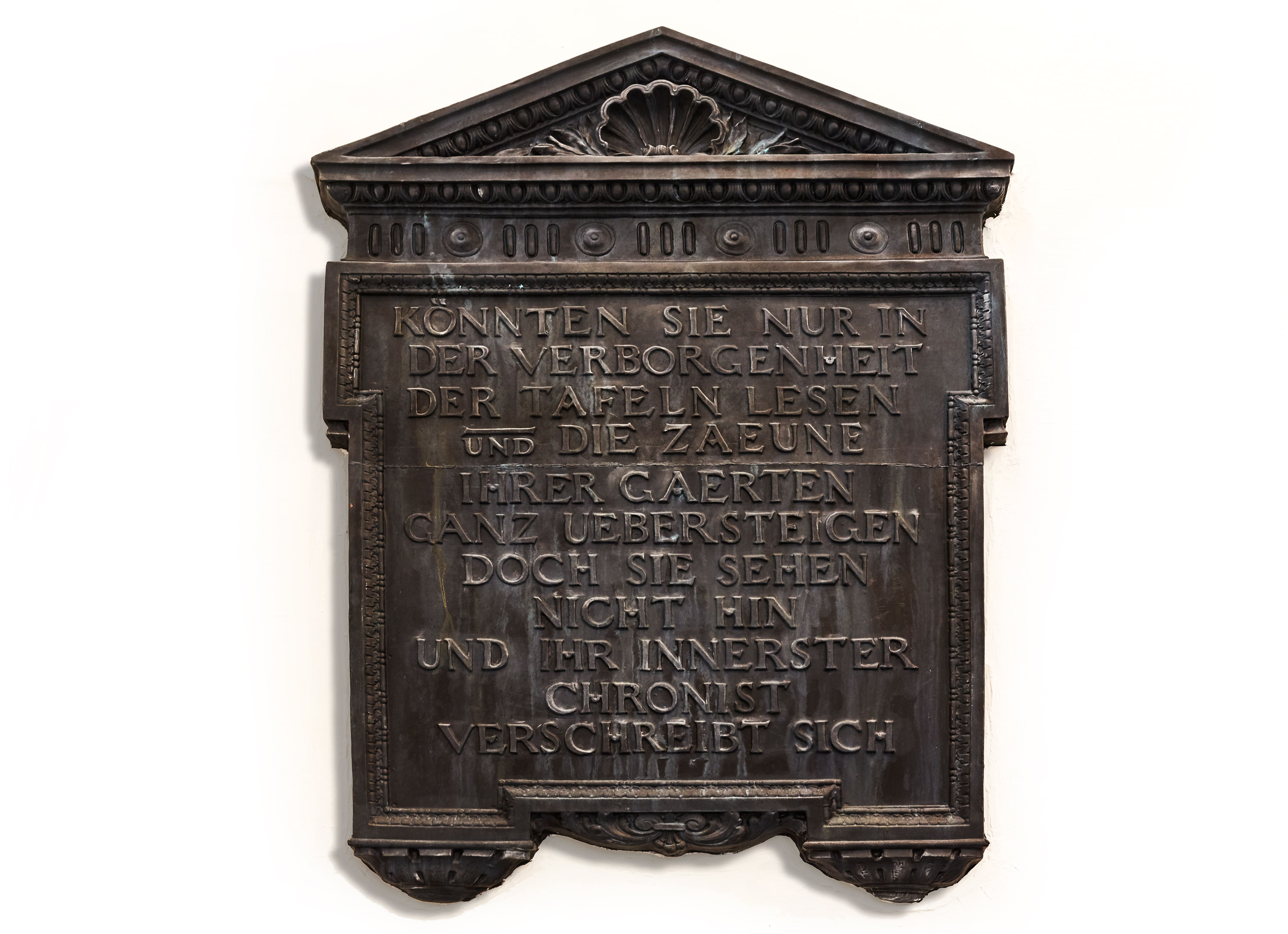 The memorial plaque in the western staircase of the foyer of the Munich Academy of Fine Arts is not what itseems to be. The artist Paul Valentin has in a difficult process made a replica of it and has pulled it over theoriginal like a second skin.However, he has changed the original lettering like an anagram into these new words:
‍
"COULD THEY ONLY READ IN THE SECRECY OF THE TABELSAND FULLY EXCEED THE FENCES OF THEIR GARDENS BUT THEY DON'T SEE ITAND SO THERE INNERMOST CHRONIST MAKES A MISTAKE"
‍
Despite its prominent position, the historical plaque, which is established 1889, is not remembered by manystudents or annual visitors. Especially during the summer exhibition at the academy, it is, like many other artistic positions, easily overseen in the flood of presented works. The modest sculpture plays with this problem of lacking attention.The concept "False-Memory" is the turning point of the work. It describes that incorrectly stored memories (such as the false encounter of Bugs Bunny at Disneyland) can hardly be erased from ones memory, even if one anknowledges that it never happened. It may also happen that the original text of the plaque is permanently overwritten in the collective memory of the visitors - Both physically during the annual exhibition, as well as mentally in the memory. The Replica takes the place of the original and "covers" it in the truest sense. According to this verdict of cognitive research, Paul Valentin therefore stages his plaque as a memorial for attention - it should remind us that the great works of art, the changing experiences, which resonate with us inconspicuously, pass unseen without our attention.